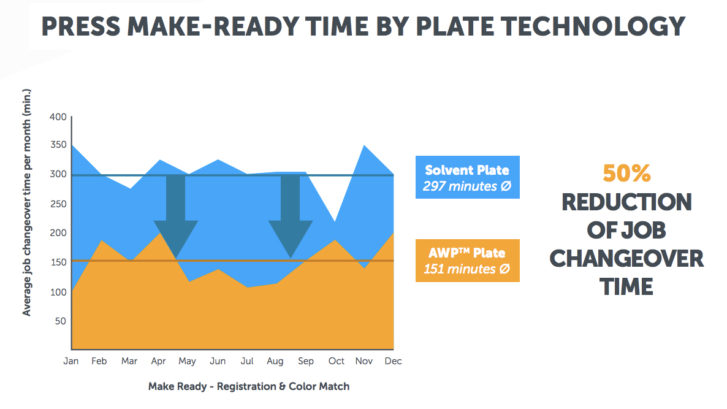 “The Asahi AWP™ plates have proven very successful for us. The support from Asahi and its dealer CTGA has been outstanding. Asahi has a full-time representative in CTGA’s Nashville technology center, and their experts also help us with the entire platemaking process. We really appreciate all that they have done for us.”

With a focus on sustainability, The Robinette Company was interested in reducing its environmental footprint. “In 2010, I attended the Great Plate Debate in Louisville, Kentucky, sponsored by the Flexographic Technical Association (FTA),” explains Gene Martin, Plant Manager at The Robinette Company’s Bristol TN plant. “All the vendors were there discussing the usual topics and latest technology. Then Asahi Photoproducts came forward with a plate that could be washed out with water and that didn’t require press stops for cleaning as frequently. That immediately got my attention.”

Subsequently, Martin and his team tried the Asahi AWP™-DEF water washable plates featuring Asahi’s CleanPrint Technology. “We ran some test jobs successfully, and our press operators liked the plate,” Martin states. “We were using solvent plates at the time, and it took three hours for the whole platemaking process. With the Asahi AWP™-DEF plates, the first time out in the platemaking process was one hour, with each additional plate in 20 minutes, increasing our platemaking capacity by 33%.” Since Robinette only works with AWP™ plates, this is a substantial time savings in the plate room.

Robinette’s tests delivered better highlight dots and overall contrast. “The plate itself is very consistent,” Martin says, “when compared to other plate technologies. When you wash out with solvent, the plate swells, and you have to dry it and remove all the solvent to get to the correct caliper. We didn’t have that issue with the AWP™-DEF plates.”

With the AWP™-DEF plates, operators were also able to set impressions more consistently. “The plates have a more consistent surface tension,” he adds. “They release ink consistently with much better color matching between jobs that share the same colors without the need to retone the colors.”

With solvent plates, presses at Robinette delivered a 49.58% Overall Equipment Effectiveness (OEE). Now with Asahi AWP™ plates, that has jumped to 64.92%, a 31% increase in OEE for the press room, with reduced makeready times and fewer press stops for plate cleaning. More specifically, the average time it took press operators to change over a job with solvent plates was 297 minutes while AWP™ plates took an average of 151 minutes. “That’s a 50% reduction in makeready time.  This is largely driven by the reduction in changeover time for jobs that share like colors, which represents about 65% of our jobs and has been reduced by two hours. Add all of that to our 33% gain in capacity in the plate room, and it is fair to say that with Asahi AWP™ plates, our plate and press rooms have been revolutionized!”

Martin is delighted with the improvements achieved by using the AWP™-DEF water-washable flexo plates. “But nothing in this world stands still,” he comments, “and we are always looking for ways to improve our quality and productivity. We are pleased with the work Asahi Photoproducts is doing to continue to improve their products as well.”

In that spirit, The Robinette company beta-tested the brand-new Asahi AWP™-DEW plate. “We are getting the same great quality and taking advantage of Asahi’s CleanPrint™,” Martin states. “But now our first time out for a plate is reduced from an hour to around 25 minutes, with subsequent plates produced about every 15 minutes.”

Due to its success with the Asahi water-washable plates, The Robinette Company’s platemaking department is now completely solvent-free. “This is a huge benefit for us,” Martin says. “We no longer have to recycle solvent or handle any hazardous waste.” “The partnership with Asahi is very valuable to us,” Martin concludes. “The support from Asahi and its dealer has been outstanding. Asahi experts also help us with the entire platemaking process, including the Esko plate imager, and HD Flexo and microcell patterning. We really appreciate all that they have done for us.” 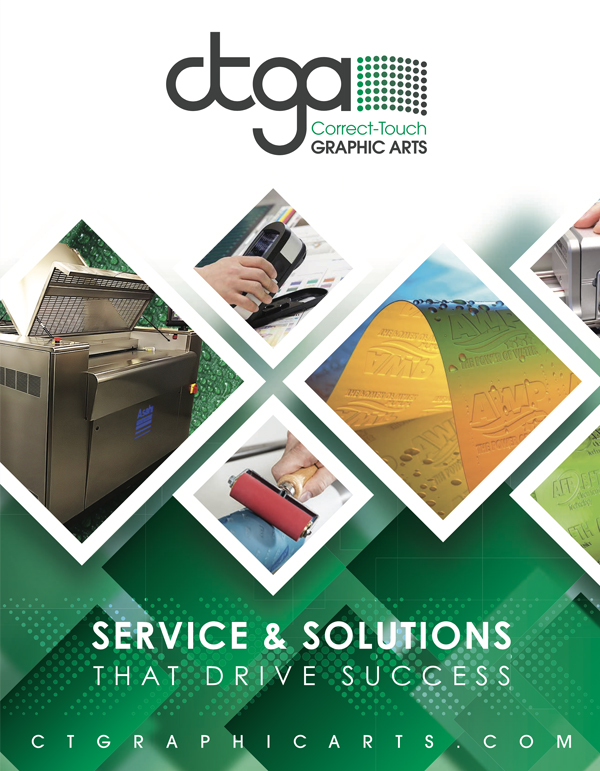